After overbooking a flight, United Airlines chose to remove four DJs from its flight. These persons were chosen by means of a random lottery system.

The house and UK Garage DJs complied, whereas the trance DJ was singing some kind of melancholic melody as she grabbed her carry-on together.

However, the last person to be removed from the plane, a leftfield DJ, refused. 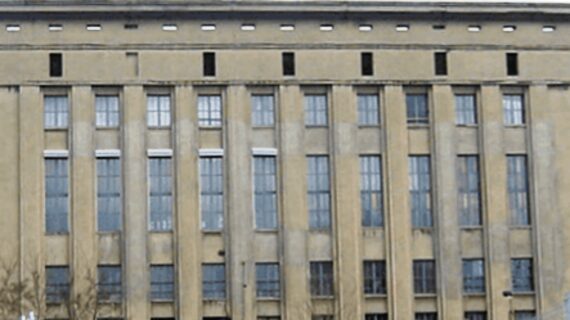 He was then dragged off the plane by unqualified personnel and a law enforcement officer.

This led to much complaints by other passengers on the plane. They all felt the action was too slow, even dubby.

After United Airlines management called an emergency meeting, they came up with a new and improved plan to deal with these kind of issues going forward.

Passengers will be judged upon their looks, offer of their bribe as well as choice of face tattoos.

John McFatterfick, president of United Airlines says: “As we are confronted with this new kind of issue we reached out to the wonderful people of Berghain to properly remove people off our planes.”

They have lots of experience refusing potential patrons to their business after such people wait 4, 5 hours in line. People won’t be selected by a random system either.

Better yet: they will be judged upon their looks, offer of their bribe as well as choice of face tattoos. If a passenger speaks German, they will be guaranteed on the flight no questions asked.

We are very much looking forward into working with this team and kicking people off our flights based on prejudice.”

MAJOR NETWORK TO LAUNCH EDM TALENT SHOW IN THE USA
THE TOP 15 DJ MEMES OF 2013
[UPDATED] STREAMING DJ SHOW BOOTED FROM STUDIO - ITS OWNER TAKES SWEET REVENGE!
VEGAS CLUB TO REPLACE CONFETTI WITH DOLLAR BILLS WORTH HALF A MIL
NOOB DJS BE COMPLAINING THEY CAN'T FIND THE SINK BUTTON
DJ ATTEMPTS TO MIX WITHOUT A LAPTOP & BREAKS EVERY BONE IN HIS BODY
FIVE WAYS TO SPOT A HORRENDOUSLY TALENTLESS DJ FROM MILES AWAY
SUPERSTAR DJS PUZZLED ABOUT DJ WHO CLAIMS TO HAVE SHARED THE STAGE WITH THEM
GHOST WRITER ACCUSED OF USING GHOST WRITERS FOR GHOST WRITING
DJ Who Started DJing 2 Months Ago Frustrated He's Not Headlining EDC Yet