In a bid to fund his proposed giant LED wall, Trump threatens a shutdown of EDM in lieu of a $1.5B down payment.

And the LED wall would serve absolutely no purpose at all other than for the heck of it.

As much as we disagree with most of Trump’s ideas, including this asinine coast-to-coast LED wall, we couldn’t be more excited for an utter and complete shutdown of EDM. 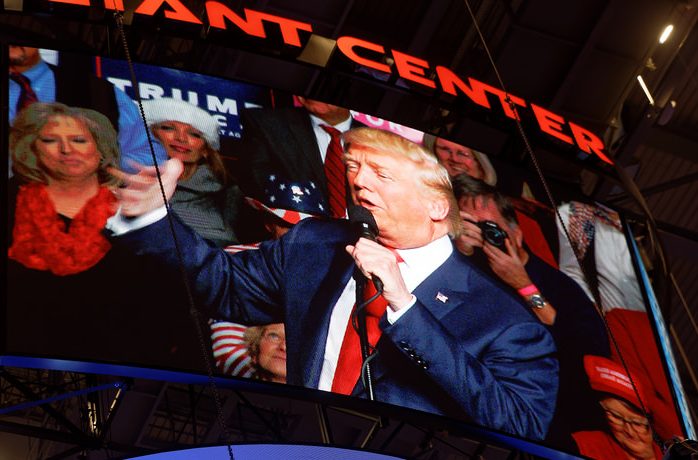 As of next week, ALL the EDM money will be gone

Trump now threatens democrats with a shutdown of EDM, which essentially leaves EDM with no money.

As of next week, ALL the EDM money will be gone. It has been spent on fast cars, women, lavish parties, mega mansions, drugs, ghost producers, pre-mixed mixes, unplugged tour-ready CDJs, pyrotechnics, black t-shirts, and DJ Meg Top 100 campaigns (thanks!).

Democrats argue Dimitri Vegas & Like Mike were supposed to pay for the LED wall. But they have communicated through their Tomorrowland LED wall graphics this will never happen. This in spite of promises made on the campaign trail.

Leading democrat Marcello Westbay explains: “As much as we disagree with most of Trump’s ideas, including this asinine coast-to-coast LED wall for the mere purpose of Trump’s ego, we couldn’t be more excited for an utter and complete shutdown of EDM.“

A shutdown of EDM will mean:

No Tomorrowland, no TomorrowWorld, no Mysteryland, no EDC Vegas, no EDC Orlando, no EDC Alaska, and no Stevi Aoki cakings.

And also: Hardwell Off Air, better music, a thriving underground, and DJs who don’t jump on DJ tables.

All very bad of course.

We hope Trump will get his funding because a shutdown of EDM would be absolutely devastating to the country.