An anonymous Macedonian DJ from Macedonia named Davor Bogevsky imported Donald Trump’s signature into Ableton hoping to utilize a winning curve, or lucrative algorithm within, that could earn him millions in Beatport sales.

The result however, was SAD. 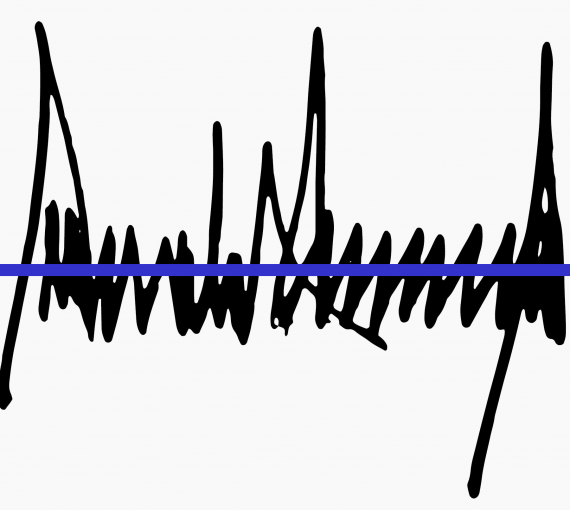 Davor Bogevsky: “I’m a techno producer, but my music does not sell, and I just really wanted to have a Beatport top 10 hit.

When I first thought about importing Donald Trump’s signature into Ableton, I was so excited about this idea! You know, Trump who gained millions cheating people out of money with dumb ideas…

Maybe there was something to be found in his signature? Like a winning brohouse riff? You know the stuff that sells on Beatport.

I thought man, look at his handwriting, it just looks like some kinda Dimitri Vegas and Like Mike shit so I put it to the test.

When I was ready to listen to the result, honestly, it couldn’t be more sad!

The sound equated to a few loud booms at the beginning, followed by a very slow fart, without much substance. Very disappointing; actually the sound very much mirrors the train wreck of Donald Trump’s first months as president.”

Although Bogevsky was very disappointed, he decided to get back to music. His personal favorite genre is Russian influenced hacker techno.